A Remarkable Experience at 30,000 Feet

I don’t know about you, but I fly pretty often. In fact, for a while, I was on an airplane at least once a week heading to a meeting, a conference, a workshop or to deliver a keynote. So, by virtually any measure, you could call me a frequent flier. On top of that, I actually have my private pilot’s license. I got that many years ago, and while I don’t fly as often as I like, I am pretty well-versed on flying, weather patterns, etc.

Even though I have this level of flying experience, both in the cockpit of my little 4-seater plane, and sitting on a Boeing 737, I still get nervous sometimes, when we hit pockets of unexpected turbulence. Ironically, I often find myself sitting next to someone who is PETRIFIED of turbulence. You know, the person who grabs the arm rest as soon as there’s a little bump.  The person who has their eyes pinched tightly shut on take-off, who is silently praying that they live through this experience!

Well, I was on one of those flights a few days ago. I was flying from Newark, NJ to Phoenix, AZ. While I usually try my best to fly non-stop, this time I had to connect in Houston, due to scheduling last minute. The flight from Newark to Houston was OK, nothing special happened.  The weather was pretty clear, there were only a few bumps – business as usual. Of course, we took off late (again, business as usual if you are used to flying out of Newark), but we made up some time in the air and landed on time.

We deplaned, and I went hunting for my next gate, and got there just as they were boarding my next flight to Phoenix. I had been upgraded to first class (one of the perks of flying millions of miles) so I was able to get right on the plane. As I found my seat, the flight attendant came right over, introduced herself , shook my hand and told me how thrilled she was that I chose to fly with her airline that day. With that, she then offered to take my coat, help me with my bag and get me a beverage of my choosing.

Now, if you don’t fly first class pretty often, this might sound like “the way it is” in first class, but I can tell you, from someone who gets upgraded pretty regularly, this is NOT how it usually goes! Typically, the passenger is almost begging the flight attendant to hang their coat, while the typical response from the flight attendant is, “Sir/Ma’am, I will get to your coat in a little bit, I have to finish a few other things first.”

A few minutes later, as everyone was on the plane and they had just announced that the doors were closed, and to turn off electronics, the pilot got on the PA system. And this is where my experience truly started to go to a whole different level…

The Captain began to introduce himself and the co-pilot. He told us his name, and started to share a little background on both himself and his co-pilot – providing confidence in his abilities as a pilot, by sharing his 25+ years of experience.

Wow…I thought, I really never know who’s flying the plane…maybe a name, but never their credentials…

Well, the woman sitting next to me commented, “We are so blessed to have such an experience pilot! I’m petrified of flying, but I don’t have a choice if I want to go see my grandchildren. I really feel better!”

And there it was…Captain Thompson had made us feel safer, more confident and relaxed – and that was awesome. I was blown away. In the thousands (that’s a guess) of flights I have been on, this has never happened before.

Well, we took off, and were flying for a bit, when we hit some fairly bumpy air. The woman next to me went to grab the armrest, and ended up grabbing my arm instead. Just as I was about to explain to her how she did not need to worry, Captain Thompson was back on the mic.

“Hi Folks, Captain Thompson here again. I just wanted to reassure you that you are perfectly safe, and tell you a little bit about turbulence, what causes it, and ensure you that this aircraft is built to handle it – perfectly…”

Again, Captain Thompson nailed it! He was awesome. He understood his customers. He knew that he had to make them feel good – and that circumstances beyond his control, were going against those goals – so he took control back.

At the end of the flight, he came on to the PA system one last time and provided a heartfelt thank you all of us for choosing his airline, and said, if you had a great flight, I’d love it if you could share your experience on social media- enjoy the rest of your trip!

As I walked off the plane, feeling so grateful for this experience, I was able to meet Captain Thompson as he stood just outside of the cockpit saying goodbye and thank you to every passenger as they deplaned.

Click here to learn more about how the CXFormula can provide you with the methodology and approach to design and deliver the right Customer Experience that creates loyal customer evangelists for your brand!

7 Customer Experience Killers
That Are Destroying Your Bottom Line

3 Hacks to WOW Your Customers 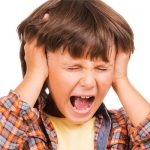